NGO said – ‘BGMI and PUBG’ is the new incarnation of PUBG, demanded to ban the government – The letter to the government said, Free Fire was another gaming app that was banned on February 14. Since Tencent owns an 18.7 per cent stake in Free Fire, it raises a fundamental question if Free Fire was banned, why was BGMI PubG exempt?

new Delhi. Non-profit organization ‘Prahar’ on Monday demanded the government to ban multiple people playing online video game ‘BGMI-Pubg’, claiming That this is a new incarnation of China’s banned sports app ‘Pubg’ and it is a serious threat to the security and sovereignty of India.

Reacting to the issue, Rashtriya Swayamsevak Sangh (RSS) affiliate Swadeshi Jagran Manch said the government should deeply examine the “antecedents and influence of China” on Battlegrounds Mobile India and PUBG Mobile. And if any violation of rules is found then immediate action should be taken. Prahar separates Home Minister Amit Shah and Electronics and Information Minister Ashwani Vaishnav, demanding to block BGMI, PUBG.

The organization said that Chinese multinational company Tencent Holding Limited started PUBG in India and it was banned in the year 2020.

Prahar alleged, within a year of the ban, PUBG was launched in India under the name BGMI, a subsidiary of Tencent-Crafton, which clearly amounts to sidelining Indian lawmakers.

These are the 3 best gun skins available in PUBG Mobile Lite, know their speciality 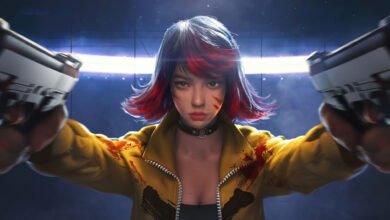